Physical Pixels is a system to display images with array of physically moving pixels actuated by linear sliders.
I had chance to salvage and refurbish an abandoned kinetic display system which occupied huge space of company's storage during the COVID-lockdown period. I was responsible for building whole system including PCB design to protocol implementation on PC app and embedded controller.
The mechanical structure of the system is a failed installation project for a certain client.
The project aimed to control 1024 units of styropor blocks actuated by motorized linear sliders. The old system used single Arduino Due per unit group, which consists of 16 x 4 actuator units. Since Due does not have enough GPIOs, people who were responsible for this project used multiplexers and GPIO expanders. Totally 16 Dues are wired to the control PC over USB. Unfortunately due to this complexity and shortage of time, the old did not run on the site.
I only heard the story from college (it became the legend story in the company) and wanted to remake the whole system.

During the COVID period I had enough time to redesign the system.
Learned from the previous legendary failure, I decided to break down the control units to smaller scales, instead of using single Due and GPIO expansion ICs. I also avoided using multiple USB connections and used more robust RS-485 bus instead (and later implemented DMX protocol). RS-485 host can be connected over ethernet, which enables the system to expand in much larger scale.
I have designed custom PCB with ATmega328P MCU, RS485 transceiver and motor drivers capable to control four motor sliders. PCBs are chained in bus and controlled with original protocol (later replaced with DMX).
On control PC I have built a very simple system using TouchDesigner. It extracts camera's data to 16 x 4 array of 1 byte values, sends out over RS-485 or DMX.
The new system worked without any issues seen on previous system. Thanks to the actuators, which are actually linear slider modules for the audio control, gave rubber like compliance to the grid of cubes. Unlike other systems with stepping motors, this system achieved very high responsibility that can responses someone walk in front of the system.
Much detailed Japanese documentation can be found here:

Array of blocks displays my shape as me walking around. 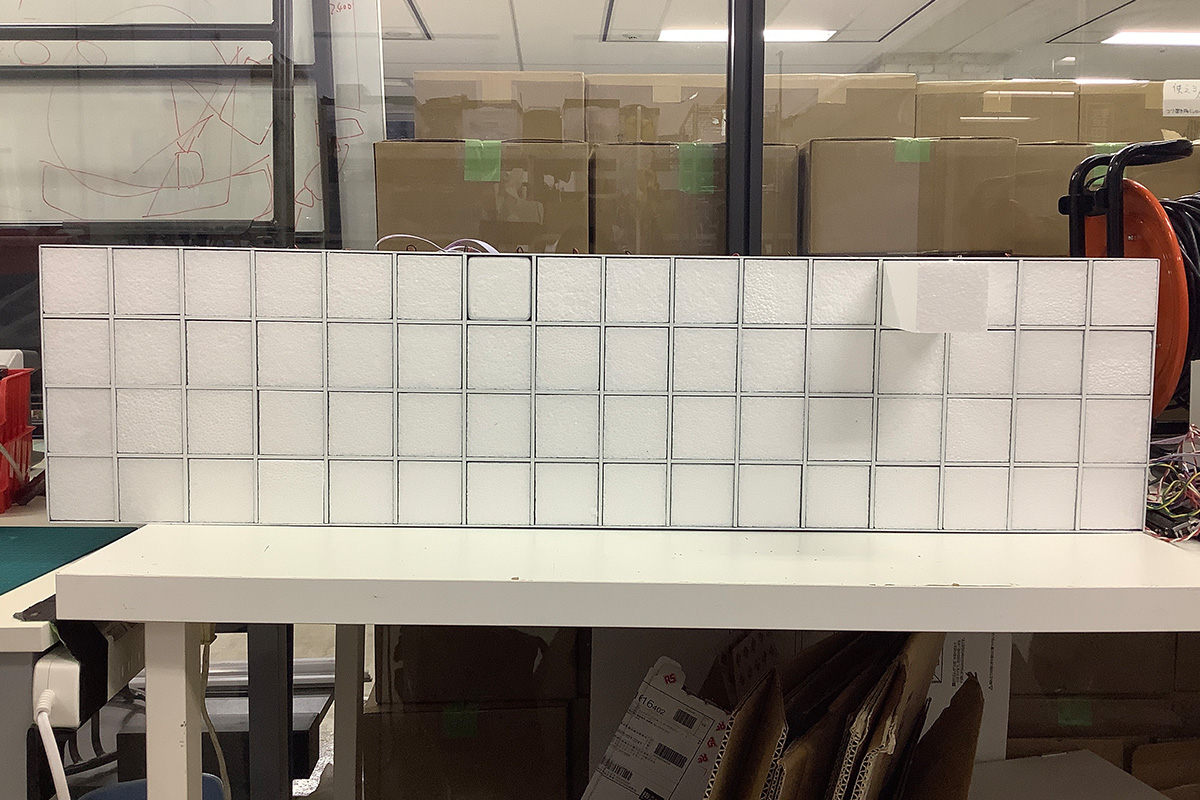 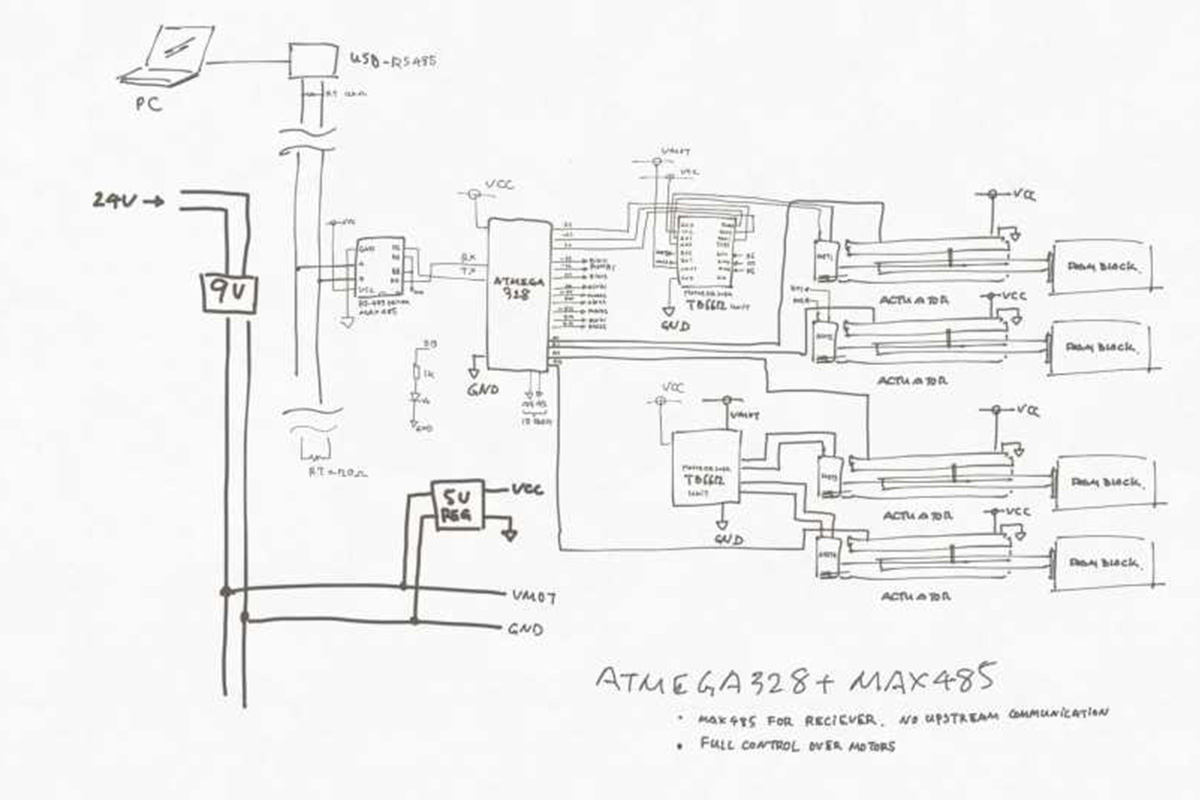 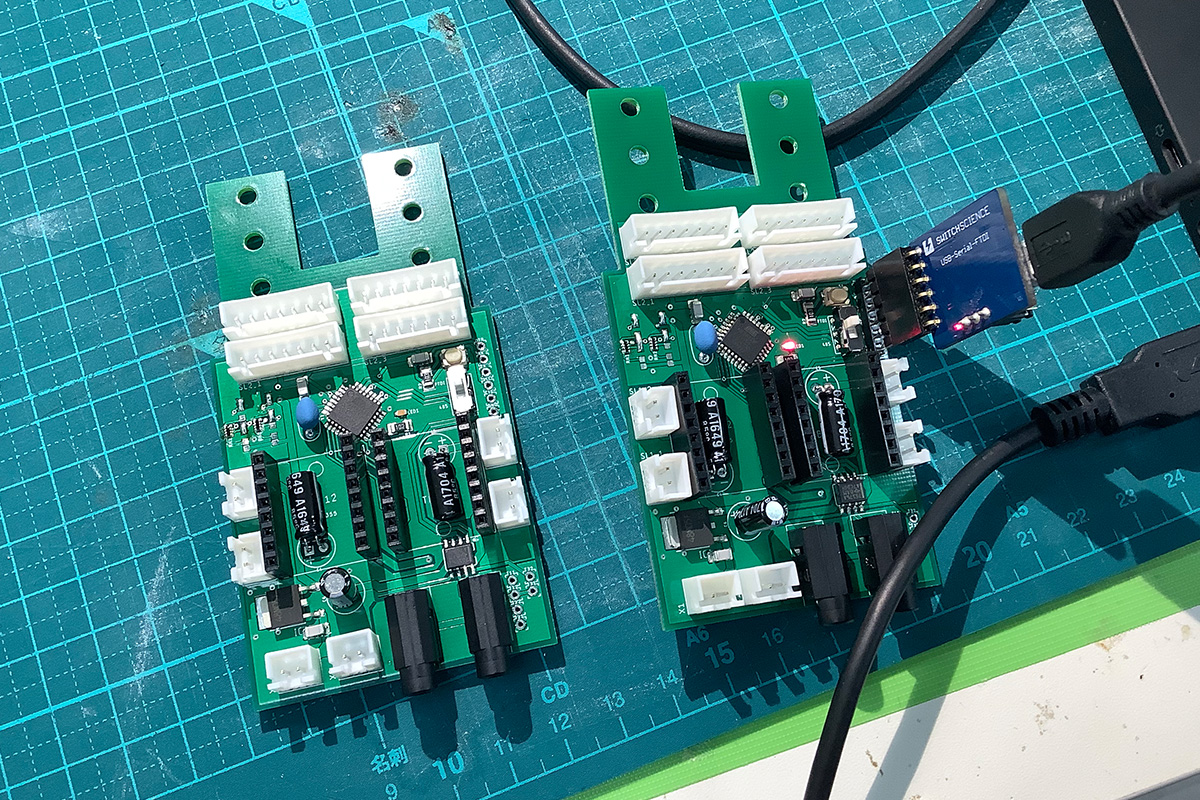 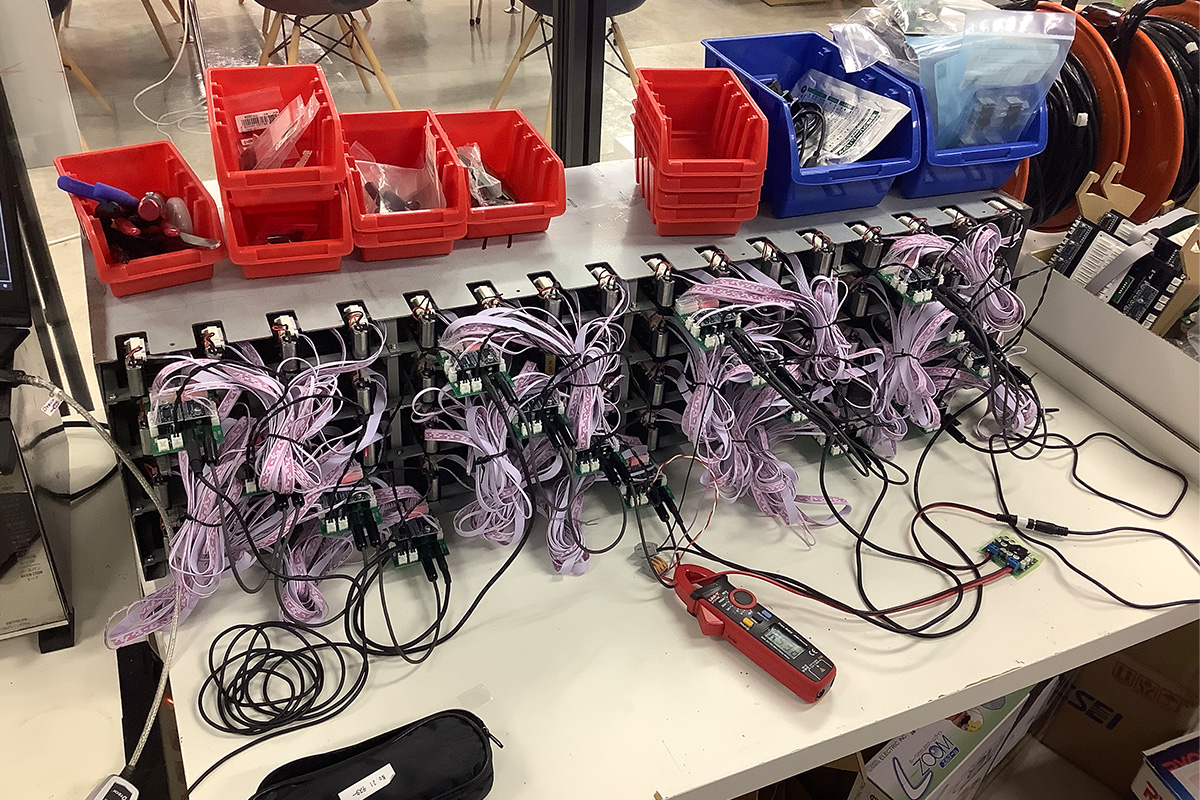