A semi-interactive robot for trade fair occation at antwerpes ag. The robot roams around trade fair floor, tries to detect visitors and attaract them to the booth of exibitor. The robot is based on vaccum robot Roomba, which we hacked and controled over an Arduino controller via UART serial. Three ultra sonic sensors detect obstacles, while a peripheral infrared sensor detects trade fair visitors in surrounding. 4 speakers, totally 12 W digital output play humorus voices when the robot detects anyone around the machine.
As the robot navigation we have implemented subsumption archtecture to achieve quick responce yet complihensible programming. To achive rough indoor navigation, the controller also assumes its location by counting up travel distance and compas data from attached Android phone. The Android phone on the top plate is responsible for correcting compas data as well as sending status report. It also serves as interface screen for robot control.
This robot is made for DocCheck and deployed in two medical fairs (ESC, Medica) in Europe.
Though the navigation argorithm of the robot was far from perfect, the robot did attract visitors in the trade fair and (hopefully) fulfilled its purpose.
If you are interested in hacking Roomba, you can find instruction and Open Interface here. All Roomba robots still have serial port. 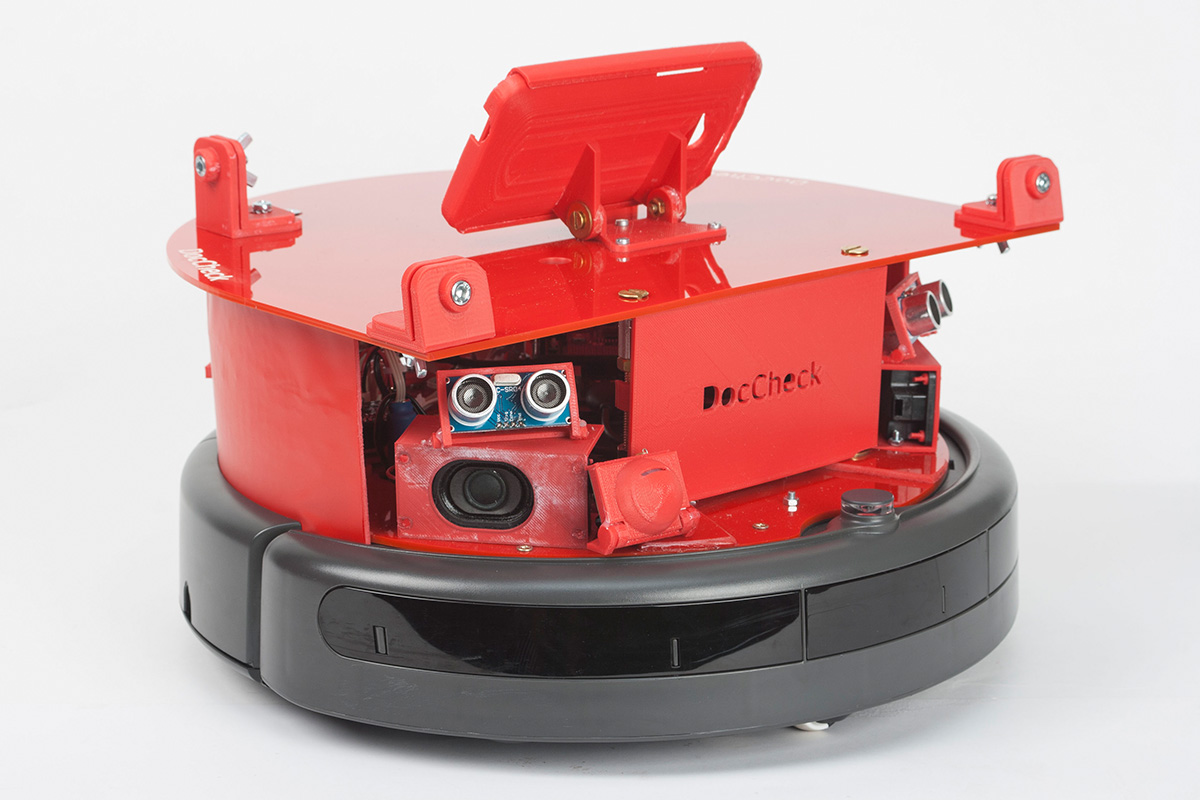 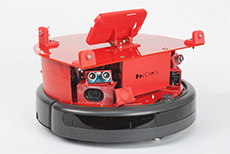 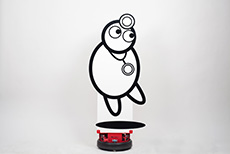 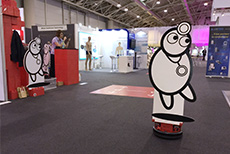 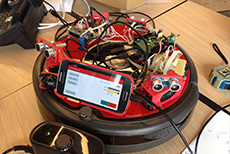 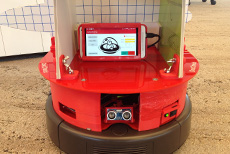