The Saiyan Pod is a space vehicle appears in the Japanese Anime series "Dragon Ball". As the promotion for the new movie, we are commissioned to build a full scale and (partially) interactive Siyan pod.
I was responsible for the pod product design, then eventually project management (because no one was doing the PM tasks in the project.).
I payed attention to keep the character of the pod while transforming the 2D image to 3D model. The pod was exhibited in the shopping mall near Tokyo city centre for two weeks during movie promotion event. After the event, the pod was brought to several movie theater in Japan as movie promotion, then finally landed in the garden of the Toho headquarter.
Unfortunately no article was published from 1-10 Inc for whatever the reason, therefore this is to archive what we have build in the project. 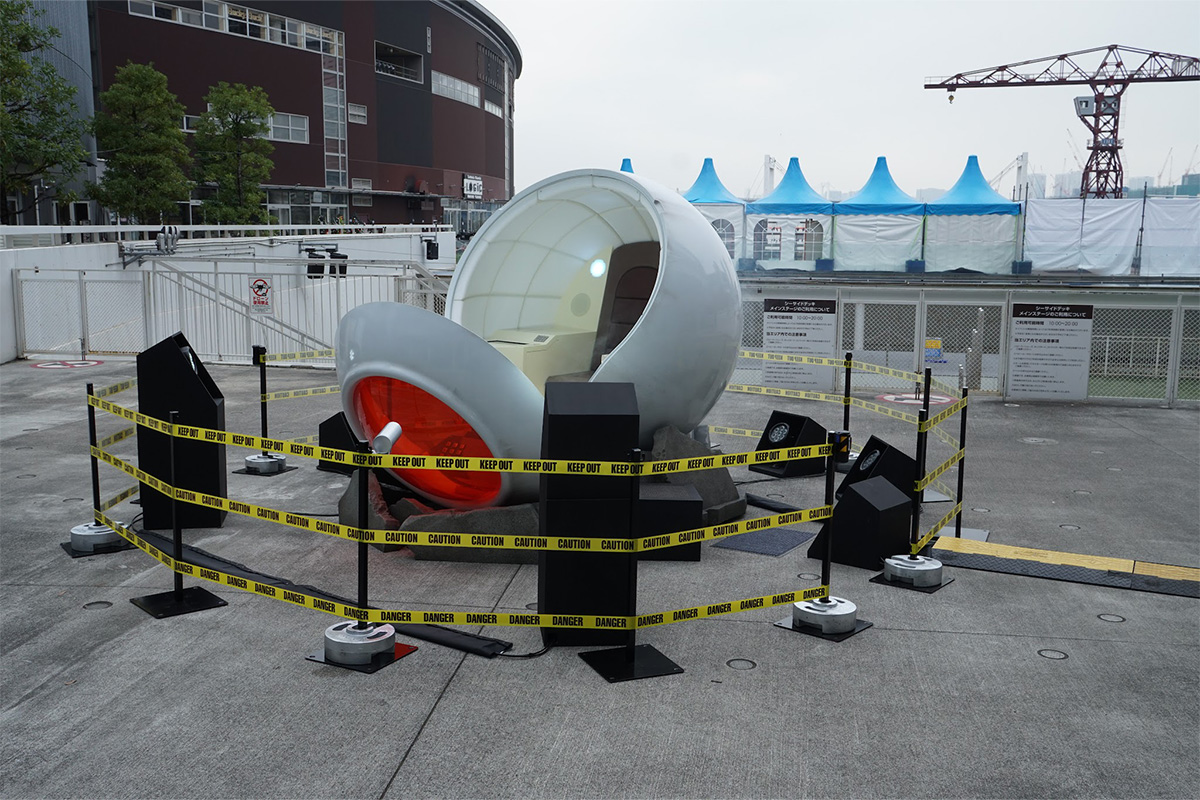 The Saiyan Pod installed in the shopping mall in Toyosu, Tokyo. 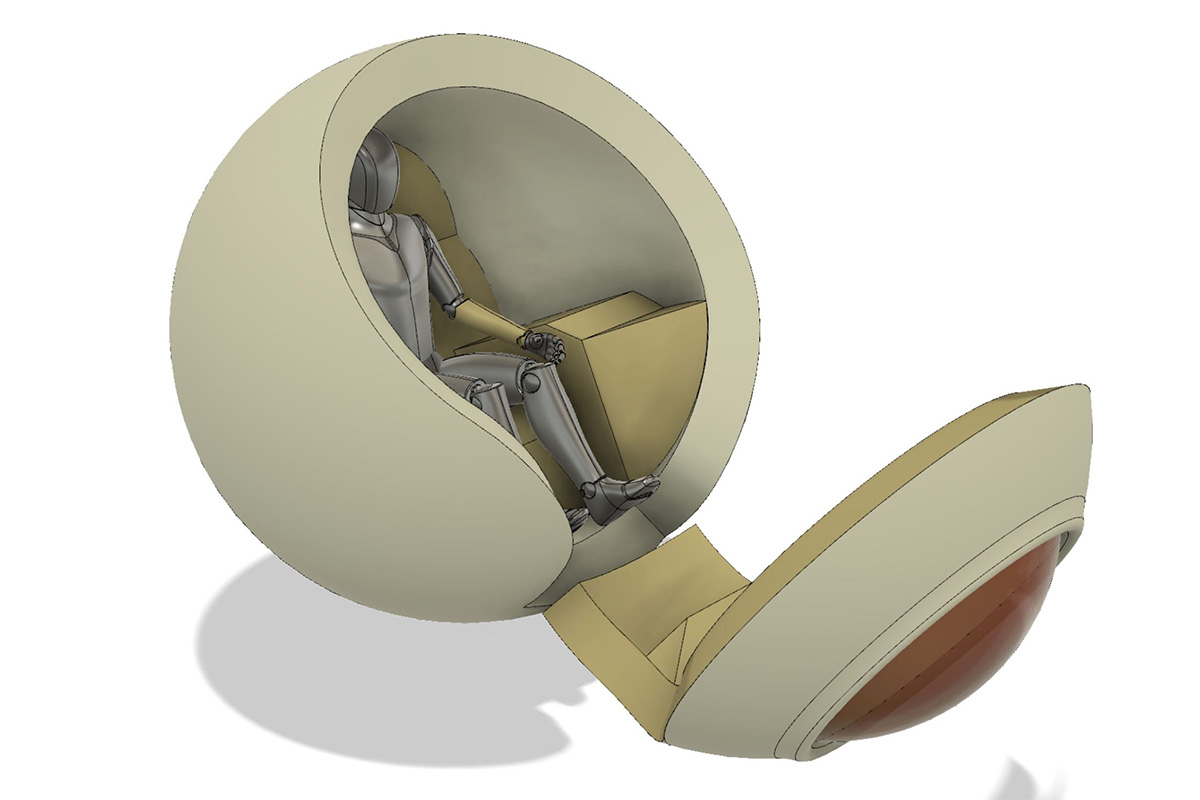 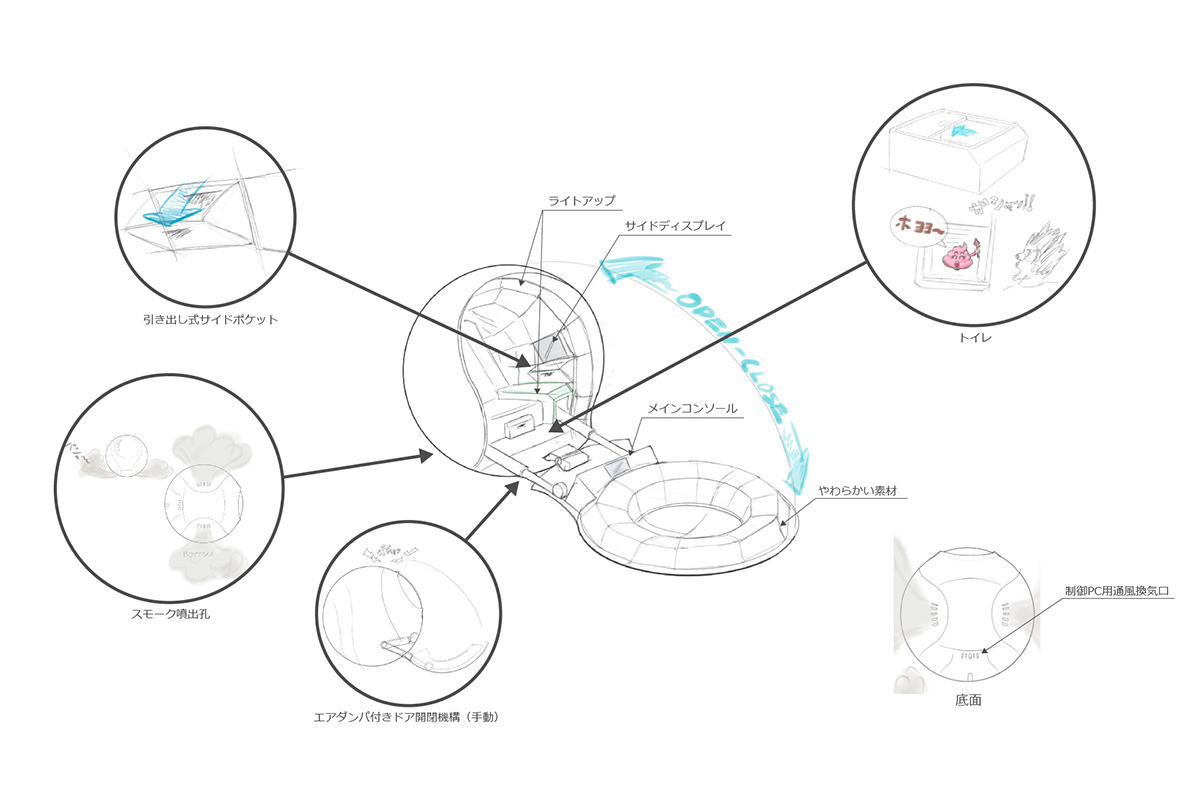 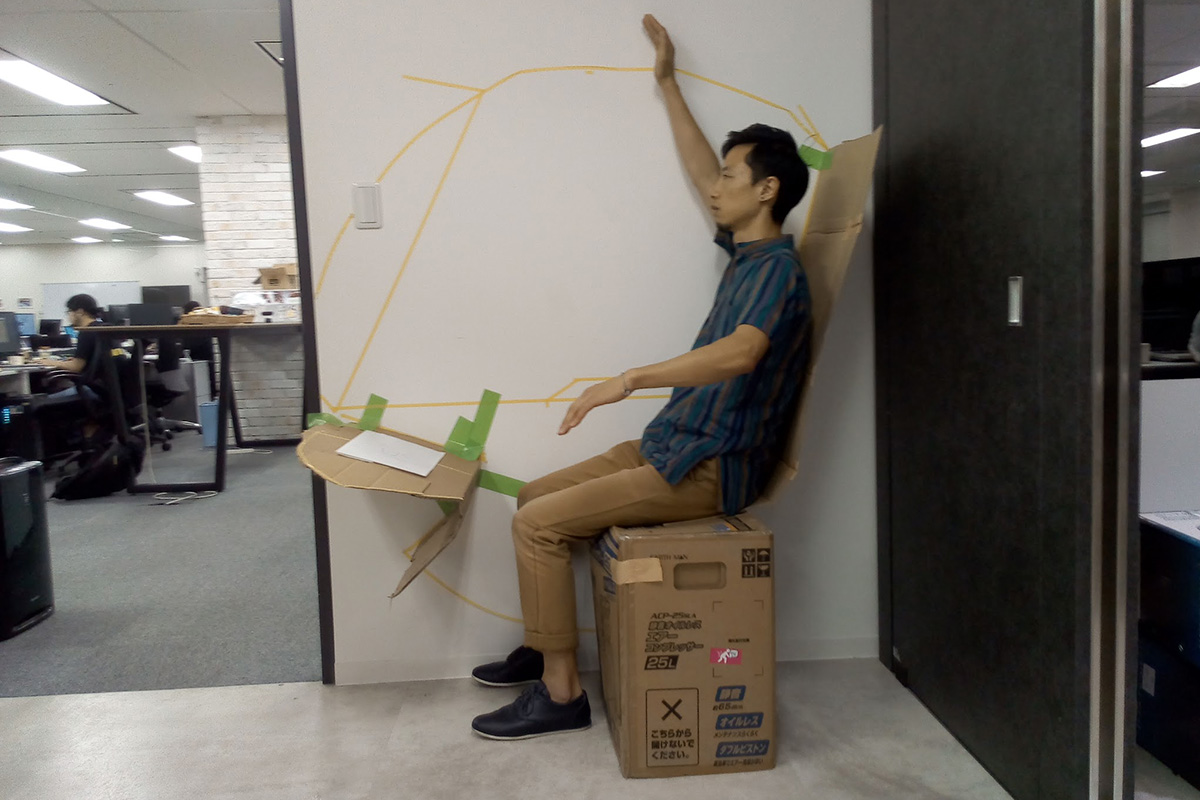