In this researh I developed a bluetooth signal decoder for the TING™ audio-pen, to experiment an interaction between paper media and computer / tablet. My aim was to development an attachment, without any modification to the audio-pen and extend the possibility of its interaction.
The TING™ audio-pen is an OiD (optical identification code) reader and sound player for education. The pen is used for interactive picture books for children, which user can play sound with the TING pen just by touching a paper surface with the pen. While the OiD works similar to QR code, it is yet comprised from very tiny dots, so that the codes are practically invisible on bare eyes.
The system is comprised with a play card with OiDs, pulse signal as mp3 files, TING audio-pen, signal decoder and Tablet.
The OiD dots are printed over the background graphic. The codes are generated by third party software.
Sound data (pulse code) are loaded on TING audio pen. The sound pulse is essentially ascii code with header and footer.
An 8 bit AVR processor (Atmel ATTiny45) in the reader receives audio output from TING, decods an ascii code from the pulse. The decoded character is then sent to tablet over bluetooth HID (Human Interface Device) protocol.
Further interaction (e.g. play movie & sound, change slide etc.) is done on the tablet. 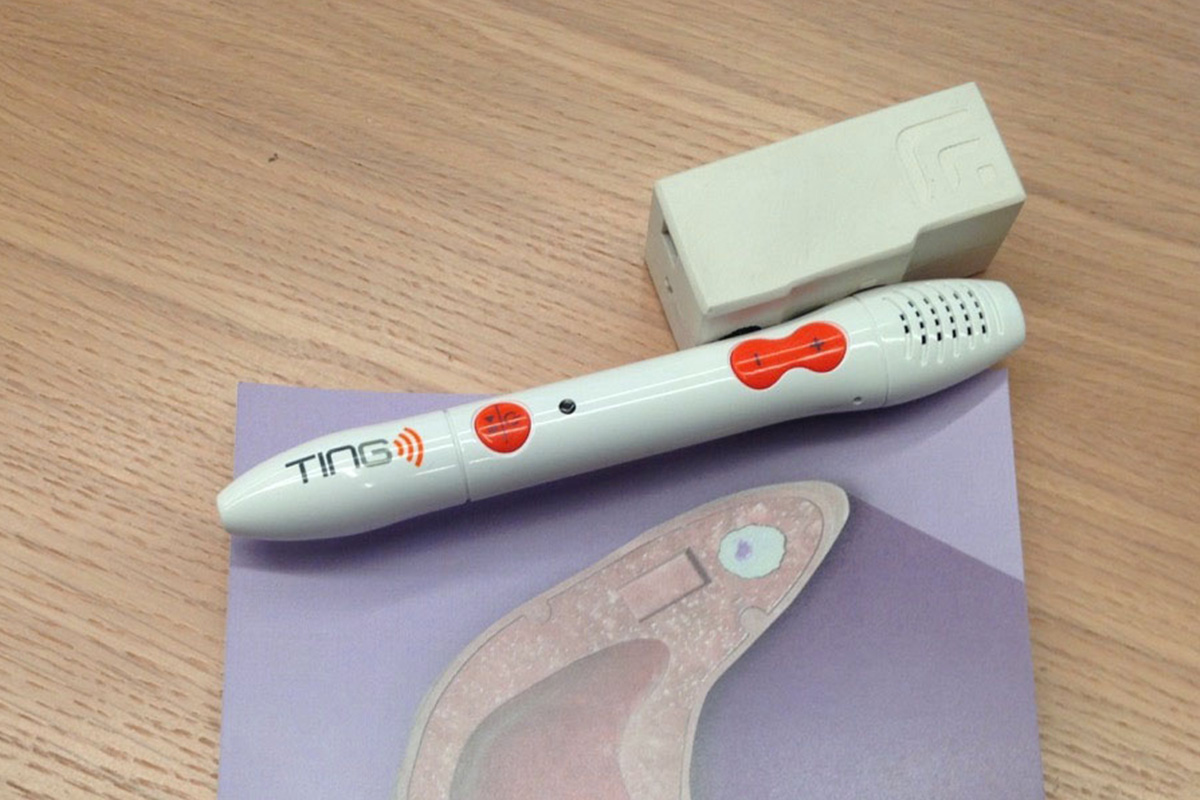 TING Audio-Pen with the attachment and playcard 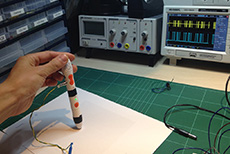 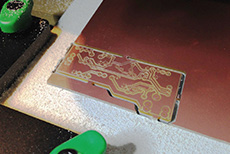 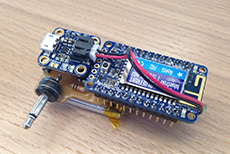 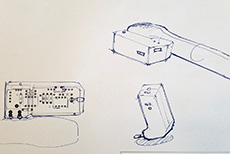